Some of the Things Mom Loves About Cuenca by Star

There are lots of things mom loves about Cuenca. For example, as you probably well know by now mom loves her veggies and there is a store here that many Expats like. It's called Coopera. It's a cooperative of local farmers and there are several locations around Cuenca. You can find lots of organic fruits and veggies there and we can walk to one of their stores so that makes it fun because I can go. They also have good fresh chickens there that mom gets for me once in a while. 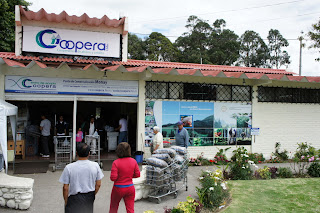 Then, there is ARCA, an animal rescue organization similar to Brother Wolf in Asheville, NC, where I came from. A few weeks ago they had an adoption event in Parque Paraiso, my favorite park. It was a well attended event and we saw several dogs get adopted. There are many people here who love dogs and other animals. 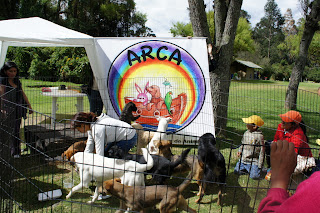 One thing that mom was concerned about when we moved here was that there wouldn't be any recycling in Cuenca. She had even asked a few people and they had said that there wasn't. But when we got here she was pleasantly surprised to find out that not only there is recycling in Cuenca, but that the grocery stores' bags are biodegradable. They also encourage people to reuse them by making them of a material that keeps things really fresh.

Mom has to have her spinach and arugula fix every other day. YUK, I have no idea why she has to do that. But heck, it makes her happy, so that's a good thing... Mom was delighted to find that she can buy organic arugula and spinach at the Supermaxi. From time to time, she even tries to sneak in some of that spinach into my otherwise delicious chicken and pasta dinners. But I have a masterful tongue, and I'm able to find the green stuff and put it aside. 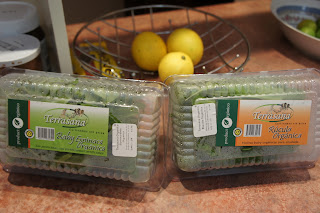 Then, there is Kookaburra which is a cafe mom and dad go to every weekend. Mind you, they could take me with them; but, do they? Nope! Mom and dad always brag about what they eat there. Mom is especially fond of their apple pie. But again, does she bring me some? Nope, she doesn't; the little piggy eats it all and brings me none! 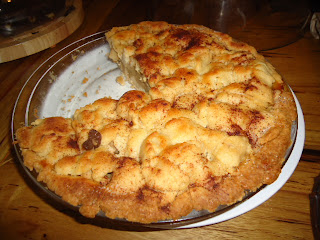 So, there you have it... these are some of the things mom loves about Cuenca. There are some things she doesn't like that much, but I'll share those with you on a later post.
Posted by Lizette Pirtle at 8:32 PM