What? No Snow during the Holidays in Cuenca, Oh No! by Star

Some of you may be like my dad who doesn't like the snow. I, on the other hand, simply love it. I had no idea that part of the deal about moving to Cuenca included that I wouldn't see snow anymore. Last year in Asheville, NC I had absolutely the best time ever during the holidays and all winter long, for that matter. 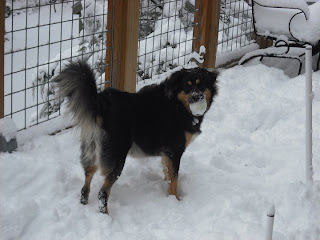 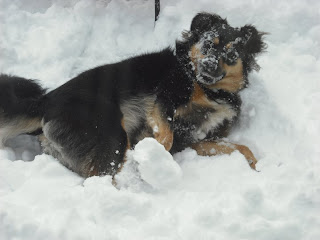 I can't understand why anyone dislikes the snow... rolling in it, making and playing with snow balls, eating it... it's just heaven and so much fun. I will certainly miss it.

Christmas is different here in Cuenca. The street decorations are unique, but sparse compared to the ones in the US. There are stores that have some ornaments and lights, but nothing at all like we do it in the States. The same goes for houses, some have lights, fake trees and nativity scenes, but that might be one out of all the homes in a block. However, we enjoyed a huge nativity scene by the Broken Bridge, the stars and flowers by the river and the big tree in Parque Calderon by the Cathedral. 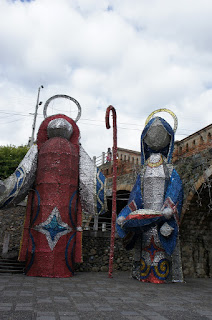 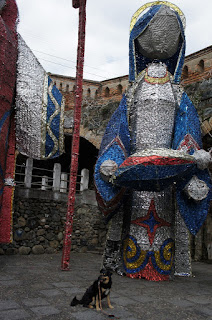 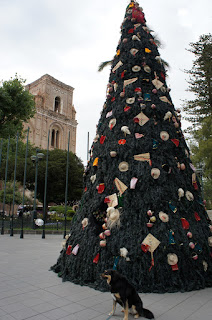 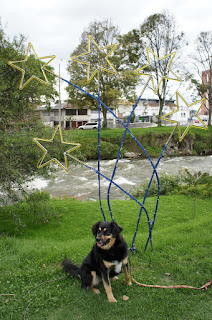 A close up of tree decorations shows that the ornaments are very Ecuadorian looking. Baskets, hats and miniature traditional costumes adorn the tree of Parque Calderon. 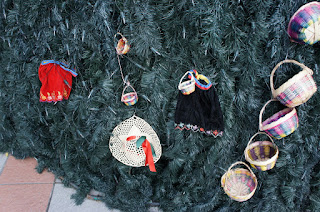 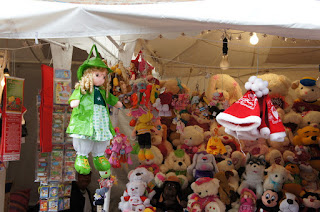 Ecuador is a very religious country so during Christmas there is a lot of activity in the many churches of the city. They also hold Christmas pageants and parades for which people, specially kids, dress up. 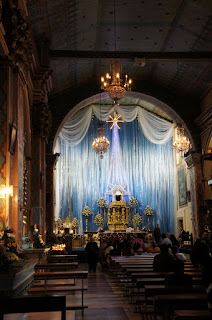 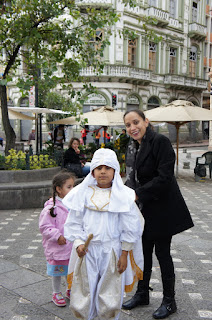 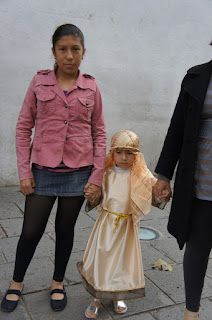 We missed the big parade on Christmas Day called El Paso del Nino, so we'll have to check it out next year.


There doesn't seem to be too much crazy buying here in Ecuador, although the main mall in Cuenca was impenetrable for two weeks. Many days it truly didn't feel like Christmas, although the traffic was crazier than usual downtown.

Families and friends get together and celebrate with big meals like we do in the States, but here there is no cranberry sauce, apple or pumpkin pie served AND my mom decided not to cook turkey this year, which means I got none.

How does mom want me to feel like Christmas without turkey. Many families have it here, they even sell them in some bakeries to go, cooked in wood ovens. But since dad didn't want any, I got none. Did she ask me? Nope... Yet, she forced me to wear this ridiculous Santa hat so she could make a Christmas card with MY picture. She had to take multiple shots since I was not cooperating with her. On this shot, you can tell I'm not too happy, can you? 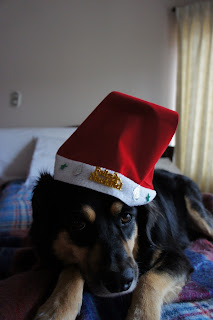 There was no Christmas tree in our house this year either. But my parents are not all that bad. Mom ordered a stuffed polar bear from the States. I guess she thought that since I can't have snow, at least I can have a polar bear... pretty good logic, ah? Hmmm... humans! However my bear is soft like my headless camel and I just love him. So different? Yes, our Christmas was quite different, but not bad after all. I hope yours was also a nice one. 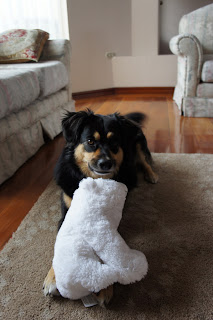 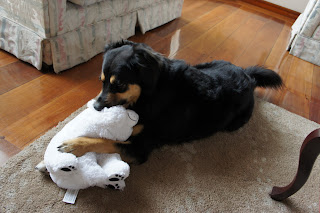 I Love my Agility Classes in Cuenca by Star

A few weeks ago we started our agility classes with our awesome teacher, Lily Goodale. We are now practicing at her house and we are having the best time ever. Of course mom has the hand coordination of an elephant, the poor thing! She can't get the hang of the clicker, treat, leash and so on, and confuses the daylights out of me; but we still have lots of fun together. 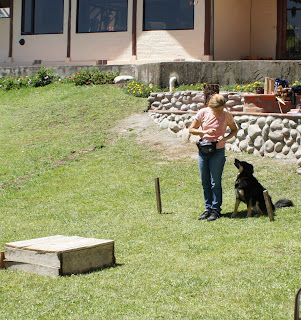 Agility is all about bonding, about paying attention and about focusing. I've learned to really pay attention to mom when we are at the beginning of the course. I only make a mistake when she does, which is too often.


I love the jumps the best. 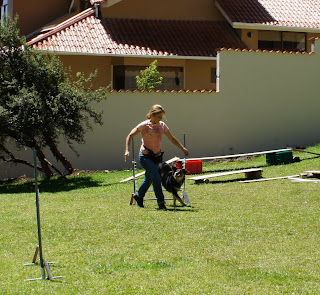 Our agility equipment is home made but I wouldn't know the difference. I do miss the A frame though... it used to be one of my very favorite obstacles. And then... there is the seesaw... not my friend at all... here we are all trying to get used to the movement with miniature ones... it's not working for me. I don't like the noise and the movement. 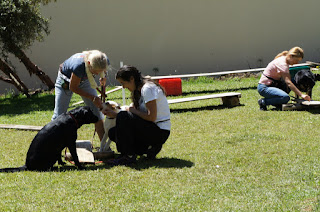 One of my favorite things about agility is that I get to practice it with my friends. Maly is one of Caty, my super groomer, many dogs and she is really good. Chimbo is one of the Goodale's pack members. He's just a puppy and is Adrianne's dog. He is very smart and lots of fun; and like me, he loves the jumps. 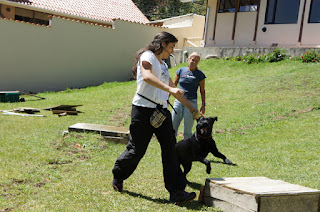 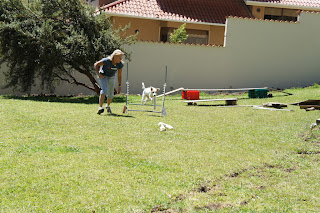 I can't wait till Friday to go back and practice some more. Cuenca's beautiful sunny mornings are perfect for doing agility.
Posted by Lizette Pirtle at 2:37 PM 3 comments: