A year ago yesterday, my parents were watching House Hunters International in our home in Asheville when they learned about Ecuador. Dad had been looking to move to Latin America for many years already, but mom was not willing to leave the US. They had checked Panama, Chile, Uruguay and Argentina but these countries did not meet all of our requirements. That fateful December 31st of 2010 mom showed a bit of interest in Ecuador and that was enough for dad; six weeks later they were on a plane headed to Cuenca to check it out. They liked it and, without consulting me, decided this would be our next home. 2011 was definitely a busy year-- a year of change, and now we've been in Ecuador for six months already!

The New Year's celebrations here in Ecuador are quite different than in the US. In Asheville we had a few fireworks at midnight for which mom and dad rarely stayed up. Mom always cooked a big breakfast and late lunch for New Year's Day, but that was about it. In Cuenca there are many traditions and celebrations on New Year's Eve. 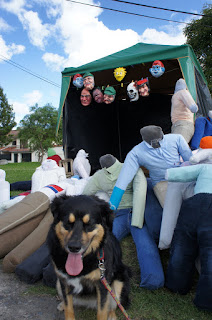 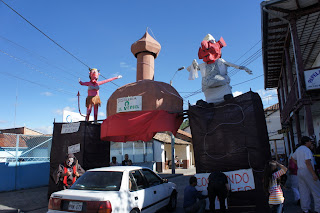 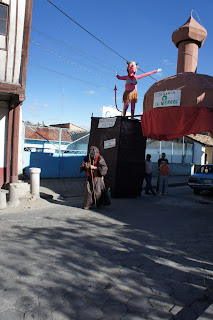 In many ways this celebration looks like Halloween. In a plaza closed to our home they had all kinds of effigies that they were going to burn at midnight. 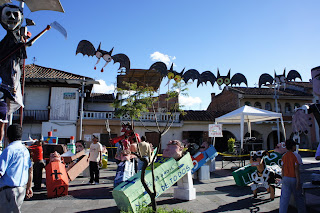 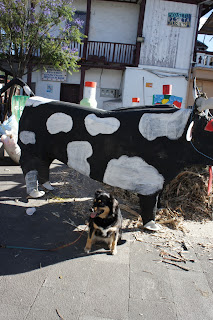 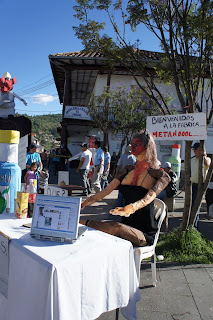 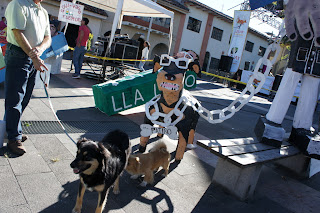 We have our own traditions that we followed here. Mom made pancakes which I really, really like. These were light and fluffy in spite of not being able to find buttermilk here in Cuenca. Mom used El Pino Yogurt instead and I couldn't tell the difference. 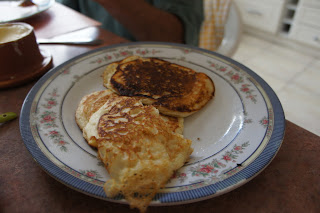 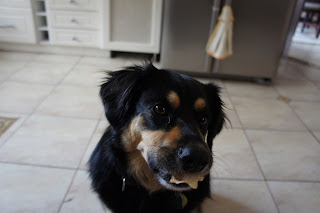 Mom and dad were worried they couldn't find their black-eyed peas to eat on New Year's Day, but with some friends from Asheville they went to the market and found them. They are called Porotos Tumbe here in Ecuador and although I don't partake of them, I have to admit that they looked yummy.

And, of course, there is all the darn noise associated with New Year's celebrations! We were expecting lots and lots of noise since fireworks and firecrackers are an every weekend event. Yet, fortunately, we only had about four hours of it. Mom gave me some Rescue and helped me relax a bit and then they took turns holding me so I wouldn't be all freaked out. I don't really like all that noise! But it is now all over and we can get on with 2012 which I hope brings you all the good things you desire. Happy New Year!
Posted by Lizette Pirtle at 5:46 PM